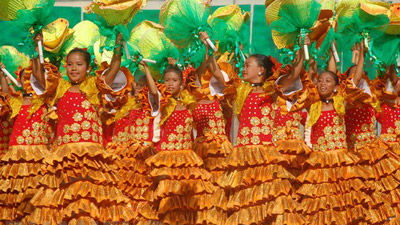 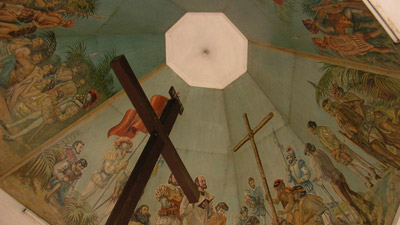 For local and foreign tourist, there are many places of interest in Cebu. One is “Magellan’s Cross” which was named after Ferdinand Magellan, a Portuguese explorer who came to Cebu in the early 1500s. Pieces of the original cross are believed to be encased in the present cross. The monument is just across the street from the Sto. Niño Basilica in downtown Cebu City. It used to be the only Catholic Basilica in East Asia. The basilica houses the famous “Santo Niño” the patron saint of the Cebuanos. Another place to see is the Spanish “Fort San Pedro” which is where the Lapu-lapu shrine is (Punta Engaño) it is also where the Battle of Mactan took place. The “Taoist Temple” is also a good place to drop by. 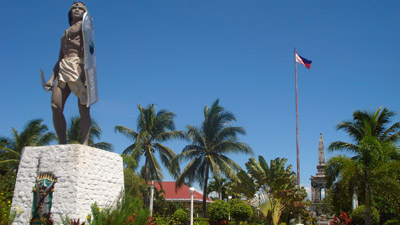 One can see the entire city from the top of the hill. Then rent a cab to “Tops” a small park on top of a mountain where one can spend a few hours while having a drink or two. During sunset and at night you can see glowing lights from the buildings and houses below. If you happen to be in Cebu City in January, don’t miss the “Sinulog Festival” – held every third week of January, it is the fiesta of Sto. Niño (Child Christ). The celebrations consist of a fabulous procession of the image of the Child Jesus followed by devotees of Sto. Niño. After which, a fluvial procession takes place. There is also a parade of magnificent floats along the main roads of Cebu City followed by local groups in colorful costumes, dancing and chanting along the route. Sinulog Festival is marked by street dancing by tourist and locals alike under the constant beating of drums. This festival is the Philippine version of Mardi Gras. During Sinulog week, all hotels in Cebu City are fully booked. So if you plan to attend the festival, book well ahead of time. 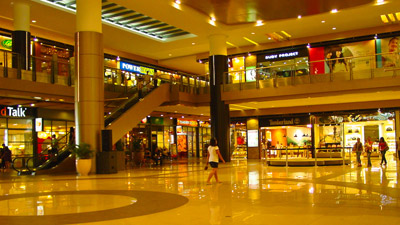 The year long attraction to many tourist to Cebu are its beaches. One can find many beaches throughout the island; north and south of Cebu City. Cebu is located in the heart of the Philippines, totally surrounded by much larger islands. This means that most typhoons never reach Cebu, and the rare storms that do are already much-weakened. The danger from tsunamis is effectively zero; there is no known seismic fault in this area, and any long-range tsunami would be blocked by other islands. The Pacific monsoon drops most of its moisture on other islands prior to reaching Cebu. 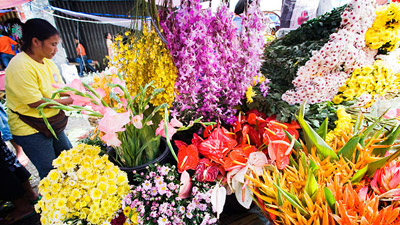 Thus, there is no pronounced rainy season and the weather here is pleasant year-round. Although it can rain at any time of year, most rains are brief and quickly followed by brilliant sunshine. (Before being tempted by the “low season” rates offered elsewhere, better ask why there’s a low season. Cebu doesn’t have one.) The entire island of Cebu is an ancient coral outcropping (not of volcanic origin like Hawaii, nor near a continental shelf like Bali or Phuket). There are no volcanoes, and the area does not experience any appreciable earthquake activity. View Larger Map