View Larger Map The Philippine archipelago consist of 7,107 islands with a total land area of 300,000 square kilometers. As of 2009, the estimated population is 92,226,600 people Filipinos on the whole are very friendly and open toward foreigners. Actually, there is no country in Southeast Asia where foreigners are so well accepted as in the Philippines. In everyday life, the Filipinos tend to rate foreigners over themselves. Therefore it is very easy for foreigners to receive special treatment which is not the case in the neighboring countries of Japan, China or Thailand. 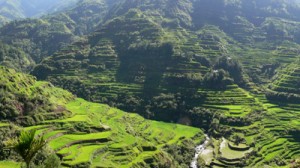 Most visitors will find Philippines to be an intriguing and enchanting place. Considering that Philippines has such a colorful history, one can expect to experience a blend of richly unique culture of foreign influences and native elements. Be it museums, dances or beauty pageants, Philippines is one great cultural center that is bound to capture the heart of any visitor. Communications and getting around the country is easy as most Filipinos understand and speak English. Mobile phones are used throughout the archipelago. Foreigners can buy “pre-paid” SIM cards for their cell phones for temporary use in the country to avoid costly roaming charges. Also, foreign currency can easily be converted into Philippine Peso and all major credit cards are accepted at big department stores, restaurants, bars and major establishments. The 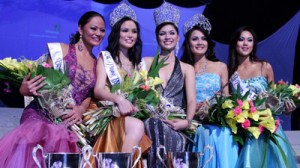 Philippines is the third largest English speaking country in the world. It has a rich history combining Asian, European, and American influences. Prior to Spanish colonization in 1521, the Filipinos had a rich culture and were trading with the Chinese and the Japanese. Spain’s colonization brought about the construction of Intramuros in 1571, a “Walled City” comprised of European buildings and churches, replicated in different parts of the archipelago. In 1898, after 350 years and 300 rebellions, the Filipinos, with leaders like Jose Rizal and Emilio Aguinaldo, succeeded in winning their independence.

The American occupation was responsible for teaching the Filipino people the English language. While the official language is Filipino (which many incorrectly equate to Tagalog) and whereas 76-78 languages and 170 dialects exist in this archipelago, still English is the second most widely spoken language in the country. About 80% of Filipinos are Roman Catholics, 5% are adherents of Islam, and 10% are Protestant Christians, Iglesia ni Cristo (Church of Christ), Philippine Independent Church, Mormon, as well as those of other religions, such as Buddhism, Hinduism, and those with no religion form a minority of the population. Roman Catholics and Protestants were converted during the four centuries of Western influence by Spain, and the United States. Under Spanish rule, the much of the population was converted to Christianity. Climate in the Philippines is hot, humid, and tropical. The average yearly temperature is around 26.5° Celsius. Filipinos generally recognize three seasons: Summer: March to May Rainy Season: June to November Cold Season: December to February (moderate to folks from temperate countries)